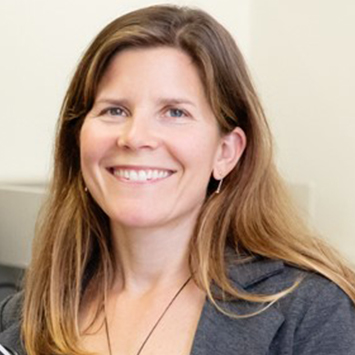 Lisa Ainsworth is the Research Leader of the Global Change and Photosynthesis Research Unit. She received her BS in Biology at UCLA and PhD in Crop Sciences from the University of Illinois in Urbana-Champaign. Her research aims to improve crop responses to global atmospheric change, including rising atmospheric carbon dioxide and ozone pollution. She has held leadership roles in the American Society of Plant Biologists, the International Society for Photosynthesis Research and the American Association for the Advancement of Sciences. In 2019, Lisa was awarded the National Academy of Sciences Prize in Food and Agricultural Sciences and was an elected member of the National Academy of Sciences in 2020. 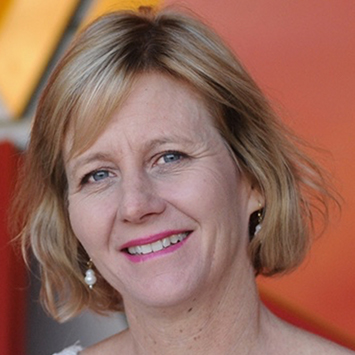 Julia Bailey-Serres is a plant biologist known for her research on mechanisms of plant adaptive responses to environmental stresses. She is recognized for the in-depth dissection of the function of SUBMERGENCE 1A gene, responsible for survival of rice plants under prolonged submergence as evidenced by its successful use in breeding programs that has led to stabilizing rice grain yield in flood-prone regions of Asia. In addition, she established technologies to uncover the activity of genes in specific cell types of multicellular organisms, through the capture of ribosomes and the associated mRNAs. Bailey-Serres was born and raised in California, graduated from the University of Utah with a BS in biology and the University of Edinburgh with a PhD in botany. She began to work on anaerobiosis and mRNA translation as a postdoctoral researcher at the University of California, Berkeley, an interest she has maintained as a faculty of the University of California, Riverside since 1990. She has mentored 20 postdoctoral researchers and 19 doctoral students and currently directs the Center for Plant Cell Biology. Bailey-Serres is a fellow of the American Association for the Advancement of Science and American Society of Plant Biologists (ASPB). She has served as Secretary for ASPB and as an Associate editor for several journals. 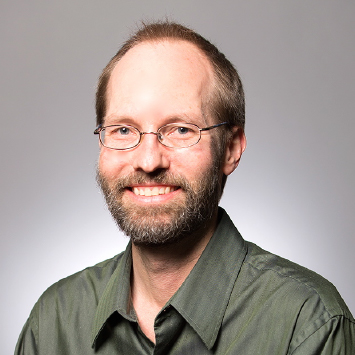 Edward S. Buckler is a USDA-ARS Research Geneticist and adjunct professor in Plant Breeding and Genetics at Cornell University with an educational background in molecular evolution and archaeology. His group’s research uses genomic, computational, and field approaches to dissect complex traits and accelerate breeding in maize, sorghum, cassava, and a wide range of other crops. With these technologies applied to over 2000 species, now the Buckler group focuses on exploring ways to re-engineer global agricultural production systems to ensure food security, improve nutrition, and respond to climate change. With the USDA-ARS, he leads an informatics and genomics platform to help accelerate breeding for specialty crops and animals. His contributions to quantitative genetics and genomics were recognized with election to the US National Academy of Sciences and as recipient of the inaugural NAS Food and Agriculture Award.

Joanne Chory is a Howard Hughes Medical Investigator, professor and director of the Plant Biology Laboratory, Co-director of the Harnessing Plants Initiative at the Salk Institute for Biological Studies and the Howard H. and Maryam R. Newman Chair in Plant Biology. 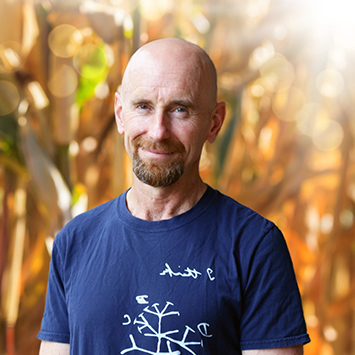 Professor Mark Cooper is Chair of Prediction Based Crop Improvement at The University of Queensland, and a global leader in quantitative genetics and plant breeding. His work involves integrating genomic prediction and crop growth models into an ‘end to end’ framework for crop improvement.

Professor Cooper has pioneered the development of novel genetic modelling methodologies, based on gene networks, to study important properties of quantitative traits in biology, and demonstrated how this new genetic modelling framework can be successfully used in plant breeding to improve prediction of important traits under the influences of selection. Professor Cooper’s work at DuPont Pioneer on drought adaptation in one of the largest maize breeding programs in the world led to the AQUAmax hybrids that presently cover millions of hectares worldwide.

A quantitative geneticist by training, Professor Cooper spent 20 years working with industry in the United States and as CEO of his own consultancy firm Zenrun42, before returning to UQ to build upon the critical mass of predictive agricultural expertise in QAAFI and the wider university. 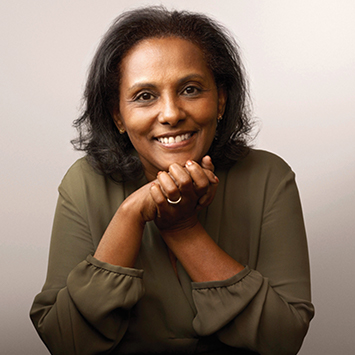 Dr. Segenet Kelemu, is the Director General & CEO of the International Centre of Insect Physiology and Ecology (icipe) Nairobi, Kenya. She is the fourth Chief Executive Officer, and the first woman to lead icipe.  After more than 25 years in the United States of America and Latin America applying cutting-edge science that saw her garner numerous professional and state honours for an exceptional career as a scientist, Dr Kelemu, returned from the diaspora in 2007 to contribute to Africa’s development. Dr. Kelemu is a 2014 L’Oréal-UNESCO Laureate for Women in Science Awards, and one of the top 100 most influential African women featured in the May 2014 Edition of Forbes Africa. Dr. Kelemu was listed among the 10 most influential African women in agriculture by the Journal of Gender, Agriculture and Food Security.

In January 2018, she was recognised by Bill Gates, as one of five ‘Heroes in the Field’ who are using their talents to fight poverty, hunger and disease, and providing opportunities for the next generation. In April 2018, the Women Economic Forum awarded Dr. Kelemu their highest award “Woman of the Decade in Natural and Sustainable Ecosystems” for outstanding leadership.  In 2018, she has been featured in The CEO Magazine, Australia, as one of the six exceptional leaders from around the world, breaking ground and shattering the glass ceiling.

She has also received other awards and recognitions including the TWAS Prize for Agricultural Sciences (2011) and an Honorary Doctorate from Tel Aviv University for her professional contributions to society (2015).  She is also a recipient of the College of Agriculture Alumni Fellow of Kansas State University, USA (2019; the Science Honoree of the Donald Danforth Plant Science Center in St Louis, Missouri, USA (2019); International Fellow of the Royal Swedish Academy of Agriculture and Forestry (2020); the Ellis Island Medal of Honor, New York (2020); and the 2020 TWAS Regional Award for establishment of vibrant scientific institutions. In 2020, she was recognized and featured by UN Women as one of seven women “Devoted to discovery: seven women scientists who have shaped our world”; and by The International Climate Change Development Initiative as one of “five African women scientists to celebrate.”

She serves in various Boards, advisory panels in major global initiatives and has served in international juries of key science awards. She is a Fellow of various Academies of Sciences. She has been featured in CNN African Voices, the Mind of the Universe, the BBC, the East African, Selamta Magazine (an inflight magazine), Le Monde among others. 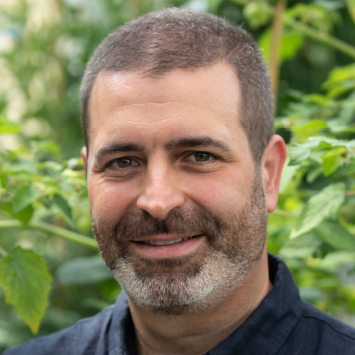 Zach Lippman is a Professor of Plant Biology at Cold Spring Harbor Laboratory (CSHL) and a Howard Hughes Medical Institute (HHMI) Investigator. His research group integrates genetics, development, genomics, and genome editing to study flowering and flower production in nature and agriculture. Taking advantage of natural and induced variation in these processes in tomato and related Solanaceae plants, Lippman’s group has shown how stem cell proliferation and maturation underlie diversity in vegetative and reproductive shoot systems. Identifying the genes and mechanisms underlying this diversity have led to broader exploration on the roles of structural variation, gene regulation, and epistasis in development, domestication, and breeding. Based on these discoveries, Lippman is developing and applying innovative concepts and tools for crop improvement. His contributions to plant genetics and genome editing were recognized with receiving a MacArthur Fellowship and the US National Academy of Sciences Award in Food and Agriculture. 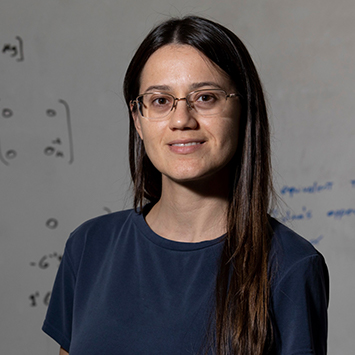 Daniela Lourenco is an Associate Professor in Animal Breeding, Genetics, and Genomics at the University of Georgia in the United States. She has been working in this field since 2004 and her current interests include the use of genomic information to increase rates of genetic progress, the development of methods for genomic evaluations, and the use of computational algorithms to analyze large data. Her research group has been working on genomic selection in beef and dairy cattle, swine, poultry, and fish. They have been involved in the development and implementation of single-step genomic evaluations for several breeding companies and breed associations. The software and algorithms developed by her group are being used for genomic evaluations around the world. 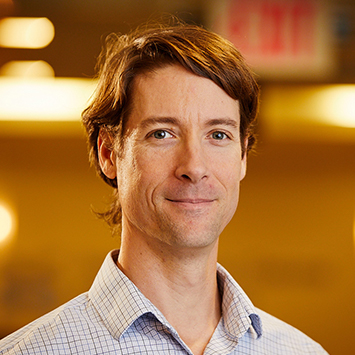 Dr. Adam Phillippy is a Senior Investigator and head of the Genome Informatics Section at the National Human Genome Research Institute (NHGRI). His lab develops efficient computational methods for analyzing DNA sequencing data, including tools for genome assembly, genome alignment, genome clustering, microbial forensics, and metagenomics. He is a co-founder of the Telomere-to-Telomere Consortium and the Vertebrate Genomes Project, which seek to enable the complete and gapless assembly of human and all other vertebrate genomes. In 2019, he was awarded the US Presidential Early Career Award for Scientists and Engineers. His lab’s homepage can be found at https://genomeinformatics.github.io/ 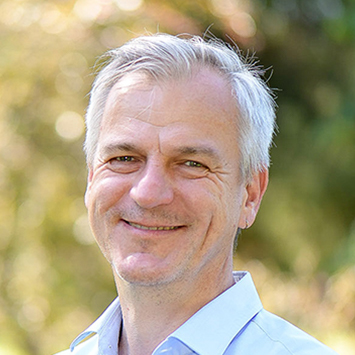 Nils Stein, research group leader at Leibniz Institute of Plant Genetics and Crop Plant Research (IPK), Gatersleben, and Professor of Genomics of Plant Genetic Resources at Georg-August University Göttingen, focuses in research on structural and comparative genome analysis of the small grain cereals barley, wheat and rye – with a leading role in genome sequencing of all three species. This work has recently been extended into pan-genome analysis of barley and wheat with the intention of unlocking the genomic diversity of the vast genetic resources available for the small grains hosted in ex situ gene banks. Nils Stein was awarded the Günter and Anna Wricke Award in Applied Genetics and Breeding Research in 2010 for his achievements in Triticeae genome analysis, the IWGSC leadership award in 2017 and the Royal Physiographic Society in Lund, Sweden, Medal in 2021. Between 2015 and 2019 and for a second term since 2020 , next to his main affiliations in Germany, Nils is an adjunct professor at the School of Agriculture and Environment at UWA, Australia.

Registration opens mid-September. Join our newsletter, and be among the first to sign up for this premier event!

We are no longer accepting nominations for 2020 speakers, but check back in 2021!

Applications and call for abstracts will open mid-September.